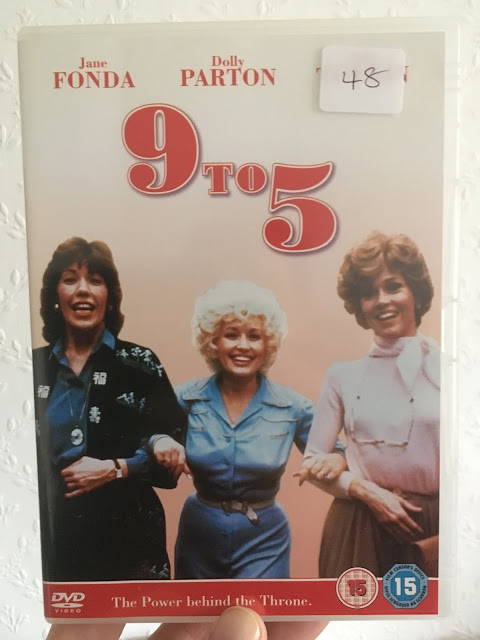 It’s badly let down by a terrible series of fantasy sequences in which each of the women plots their oppressor’s demise. These scenarios aren’t funny and are actually a little creepy. They spoil the momentum and take you out of the story. The film recovers when the real plot begins, but only just: it still fails to ring true. If these were three ordinary, decent people (as the plot tries to suggest), they would never kidnap someone and keep them chained up as a prisoner for weeks.

9 to 5 makes some good points about gender inequality, but Working Girl (1988), which owes something of a debt to this film, did it so much better.

I was fairly disappointed, having expected a classic. Dolly Parton’s theme song is, by some distance, the best thing about the film.

Abandoned CDs
My blogs cover exotic objects found on the street (Abandoned CDs, Abandoned London, Abandoned Tickets) and in charity shops (Charity Shop Diary). They also detail the books I enjoy (London Reader), the plays and DVDs I see (I Went to the Theatre..., Man Watches Film), and the walks I have taken (Totteridge Walker). Click on the CD for the direct links.